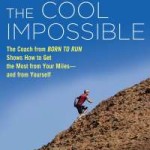 This review will be a bit unique because I’ll be reviewing both Eric Orton‘s book “The Cool Impossible” and a training/book signing/Q&A event put on by the wonderful folks at Zozi at the Sports Basement in San Francisco.

Why the heck would I do that? Well, as it happens, my experience training with Eric totally altered not only my understanding of what the book was all about, but really helped with getting to know what he’s all about. Knowing the author better will often put spins on his or her books that you’re unable to have otherwise. I found that to be the case with Scott Jurek’s Eat & Run, and it was definitely the case here.

First though, the event. The event was a two-parter. The first half was a VIP training session put on by Zozi which paired ten of us with Eric in a combination training and question/answer session. As it turned out, only 7 people showed up. Those 3 others are, I imagine, kicking themselves right now. They missed a hell of a show.

The training followed the book’s general themes, and it was here that I first really began understanding some of the underlying points of the book. We began by taking off our shoes and socks and going through a workout on a slant-board. This was one of the parts of the book that I, in a fit of what might be generously be termed “undeserved pride”, totally ignored. Oh, it was great stuff… for other people. But me? No. I had strong feet! My shoe size had dropped by a whole size!

Yes, well, like Titanic, you guys know what’s coming. And my iceberg moment was stepping on the little torture devices and having my happy little “strong feet” world shattered. Yes, my feet WERE stronger than when I’d started. Perhaps, in the grand scheme of the entirety of the world’s feet, they were on the stronger side. But strong? The board objects. And the motion is carried. 10 minutes on the things and I felt like someone had battered my legs and feet with branches. Keep in mind, I was just standing on them, and doing very mild, slow leg raises and such… while holding onto balance poles.

This was the breakthrough moment for me, the curtain raised to the idea that perhaps there was more here than I’d thought. Keep in mind that I really enjoyed the book, and strongly recommended it to a number of people. As it turns out, I was right in recommending it, but wrong in believing I was somehow immune to the improvements it promised.

After the slant-board exercises we moved on to running gait & form, and there was room for me to improve here as well, though I knew that would be the case. Even later as I ran around a bit to have Eric watch me, he identified several key issues with how I was running, and even did a number on a muscle in my hip that hurt so badly I was willing to spill state secrets. Afterwards though, my hip felt great. It was like the feeling you get when that low-grade stuffy nose you always have suddenly clears and you can breath deep and smell the flowers and earth as you’re running. You never know it is there until your baseline shifts.

The event was great and based on how it went I would strongly recommend any event Zozi puts on. They were fun & almost as excited for everyone to be there as we all were. That kind of passion for passion is rare, and it was great to be a part of. (If Zozi is looking for an Inline Skate guru to run a few events with, I’m their panther. Ring me Jess.)

On to the book.

As I’d said, what I originally got out of the book was different than my understanding of it now. I almost feel like it should come with slant-boards. Like… every copy. The difference between reading about them and actually getting your feet on them is night and day. Obviously hearing and seeing Eric demonstrate the movements was also extremely useful.

One thing about the book to understand is that Eric is not a storyteller. I don’t mean that in a harsh or negative way. Eric is an artisan, a master of his craft. This book is not a camp-fire side chat or feel-good fable, it is a look into a way of thinking and doing, a sharing of excellence which is rare in this world. If you’re buying this book purely for entertainment value, you will likely be disappointed. It is more a manual, with inspiration thrown in. Coming at it from that angle, the book takes on an entirely different cast.

One of the things that initially bugged me when I read the book on my Kindle powered iPad reader was the interspersed diagrams, tables and such. This is likely one area where the book could be improved, if only from a layout/usability perspective.  Looking over the hardcover, it seems it is laid out in a way that works better as print than the Kindle version does (likely influenced by my font-size settings and reader resolution). My recommendation would be to buy a copy of both a Kindle version and a hard-copy. Use the hard-copy to read initially (and then re-read for continuing inspiration) and use the Kindle version for marking up/reference.

If you’re balking at the cost, just remember that Eric coaches very few athletes every year, and while I’m not sure how much he charges I imagine that it is (and should be) quite a lot. The total cost of both versions ends up being a few Lattes. Suck it up. However, if you do have to choose, I’d go with the hardcover and invest in some of those plastic page-marker things to be able to quickly go back to his workouts and tables. It might be a good thing for Eric to release a companion “workout/tables” addendum book for better usability.

Outside of the physical, Eric focuses heavily on visualization and self-inspiration in the book. This part will be heavily personal for you, but I think in general it will be very positive for most people. As a long time coach myself (both gymnastics and inline) I make heavy use of visualization in my training.

However, where Eric and I digress is his focus on never visualizing failure. I respect his perspective, but disagree with this., I make sure my athletes do what I call “worst case” visualizations, to allow them to create escape scenarios. For example, when teaching one of my gymnastics students his front flip, I make sure that he sees himself stalling out in his head, and then focuses on the proper survival strategies. This is a failure to complete a movement, but essential (in my mind) to ensuring that “one failure does not the end make”. Properly framed familiarity with the darkness can help us cope and move past it. Taken to running, I’ve done visualizations of being lost, injury, bonking, to prepare myself for the possible in order to better equip myself. It is easier to parry the strike you see coming.

Outside of that point (which I likely blathered on far too long about) the book is an absolute gem. It has the rare quality of being of great value to runners at many spectra of experience, from someone literally tying running shoes on for the first time, to the marathoner (and beyond) looking for deep improvements in already established and honed skill sets.

Website: Amazon.com
Score: 10/10 RAWRS ( A sharing of mastery by one of the artisans of the sport of running, a seriously head-to-toe manual for crafting yourself as a life-long runner )

High: Eric is the real deal, passionate & brilliant. The book is filled with detail.
Low: Not a book built for entertainment, the importance of the slant-boards is not obvious to someone who has never stepped on one.

BONUS:
As I mention above in my review, I feel that the slant-boards really are key to understanding some of the core concepts in the book. It is one thing to read, it is entirely another to stand on the thing and realize the amount of improvement you can make in the parts of your body that are so incredibly important to good run health and form.

So along with that, here is a link to the “Level 1 training” system that includes the slant board, some very nice adjustable balance poles (trust me, you will need them) as well as a DVD that shows Eric going over the movements.